Join Jane Fonda, Fire Drill Fridays, and Greenpeace USA for a teach-in with iconic American labor leader and civil rights activist Dolores Huerta! Dolores was fundamental in launching the movement that would later become United Farm Workers. Join Jane as she interviews Dolores and looks back on the seemingly impossible odds they faced, which moments led to systemic and revolutionary change, and what the climate and labor movements can learn from that as we work towards a just transition off of fossil fuels that centers workers rights.

Dolores Huerta is an activist and labor leader who co-founded the Agricultural Workers Association in 1960, which later became the United Farm Workers. Dolores has worked to improve social and economic conditions for farm workers and to fight discrimination and to this day continues her efforts to improve the lives of workers, immigrants, and women.

Please note: This teach-in was filmed on March 5th, 2020, before the COVID-19 crisis had taken root, and the interview does not reflect that context. 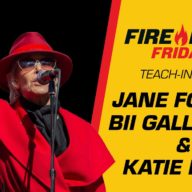 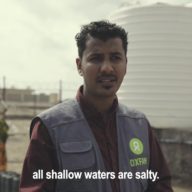