Some of the biggest names in the video games industry have announced to take action in response to the climate crisis at the UN Secretary-General’s Climate Action Summit. Amongst the 21 companies with a combined audience of 970 million players are Sony Interactive Entertainment, Microsoft, Google Stadia, Rovio, Supercell, Sybo, Ubisoft and WildWorks.

Microsoft for example plans to certify 825,000 Xbox consoles as carbon neutral in a pilot programme. Sony Interactive Entertainment wants to introduce low power suspend mode for next generation PlayStation. Sports Interactive wants to eliminate 20 tonnes of packaging by switching from plastic to a recycled alternative for all future Football Manager releases. Niantic Inc (Pokemon Go) plans to engage their community to act around sustainability issues.

The impact of these commitments would mean a 30 million tonne reduction of CO2 emissions by 2030, millions of trees planted, new “green nudges” in game design, and improvements to energy management, packaging, and device recycling. These voluntary commitments under the banner of the “Playing for the Planet Alliance”.

Mathias Gredal Norvig, CEO of Sybo, the organisation behind Subway Surfer, said: “Video gaming might seem like an unlikely ally in this battle, but this Alliance is a critical platform where all of us can play our part to decarbonise our impact and bring the issues into gameplay. I am a strong believer in sparking curiosity and conversations wherever people are, and with 2 billion people playing games, this platform has a reach that’s second to none.” 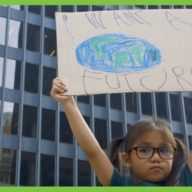 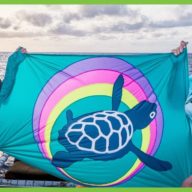