Nasu Abdulaziz is a dedicated football fan. He also loves cycling – normal pastimes for a young person in Nigeria. Except that Nasu’s circumstances are nowhere near normal. Right now, he’s fighting for his right to a home.

When he was 23 and should have been enjoying life, men with guns and in bulldozers descended without warning on his community of Otodo Gbame in Nigeria’s megacity, Lagos. Acting on the orders of the government, these men set upon the homes of this century-old community, crushing and burning down houses, shooting families, destroying livelihoods. In 2017, the night before the final eviction, Nasu was shot in the arm by hoodlums. The next day, the Lagos State Taskforce swarmed the community again, shooting at and teargassing them. Panicked residents fled, some jumping into the nearby lagoon and drowning. Nine people were believed to have been killed with another 15 still missing.By the end, 30,000 people were homeless, forced to live in canoes, under bridges or with friends and family.

Nasu, too, lost his home but he still has hope. Today, Nasu has joined the Nigerian Slum/Informal Settlement Federation, a mass movement of people like him who won’t rest until they secure their right to a home. 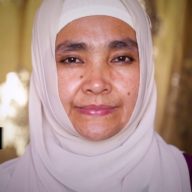 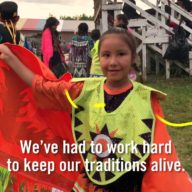