After 14 weeks of climate protests in Washington, D.C., Fire Drill Fridays are moving to California to continue to demand urgent climate action — and we want YOU to join us by launching your very own Fire Drill Fridays in your community!

Jane Fonda and the Fire Drill Fridays team will be holding monthly Fire Drills in different cities in CA, so stay tuned: http://bit.ly/311XKxs

Working with Jane, Greenpeace is partnering with allies across California and beyond to push for a Green New Deal, no new fossil fuels, and a rapid and just transition off of fossil fuels and toward a renewable energy economy.

Fire Drill Fridays is inspired by the global movement of youth climate strikers, who have helped reshape the narrative around climate urgency. Greta Thunberg and others put a call-out to adults to show up in a bigger way — and we’re answering that call.

Featured in the video, chronologically:

Reverend William J Barber is an American Protestant minister and political activist. He is a member of the national board of the National Association for the Advancement of Colored People (NAACP) and the chair of its Legislative Political Action Committee.

Dolores Huerta is an American labor leader and civil rights activist who, with Cesar Chavez, is a co-founder of the National Farmworkers Association, which later became the United Farm Workers.

Naomi Klein is a Canadian author, social activist, and filmmaker known for her political analyses and criticism of corporate globalization and of capitalism.

Jane Fonda is an American actress, writer and activist, and the founder of and spokesperson for Fire Drill Fridays. 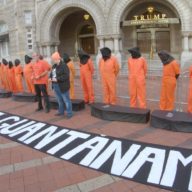 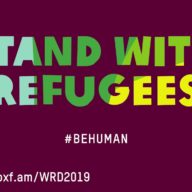